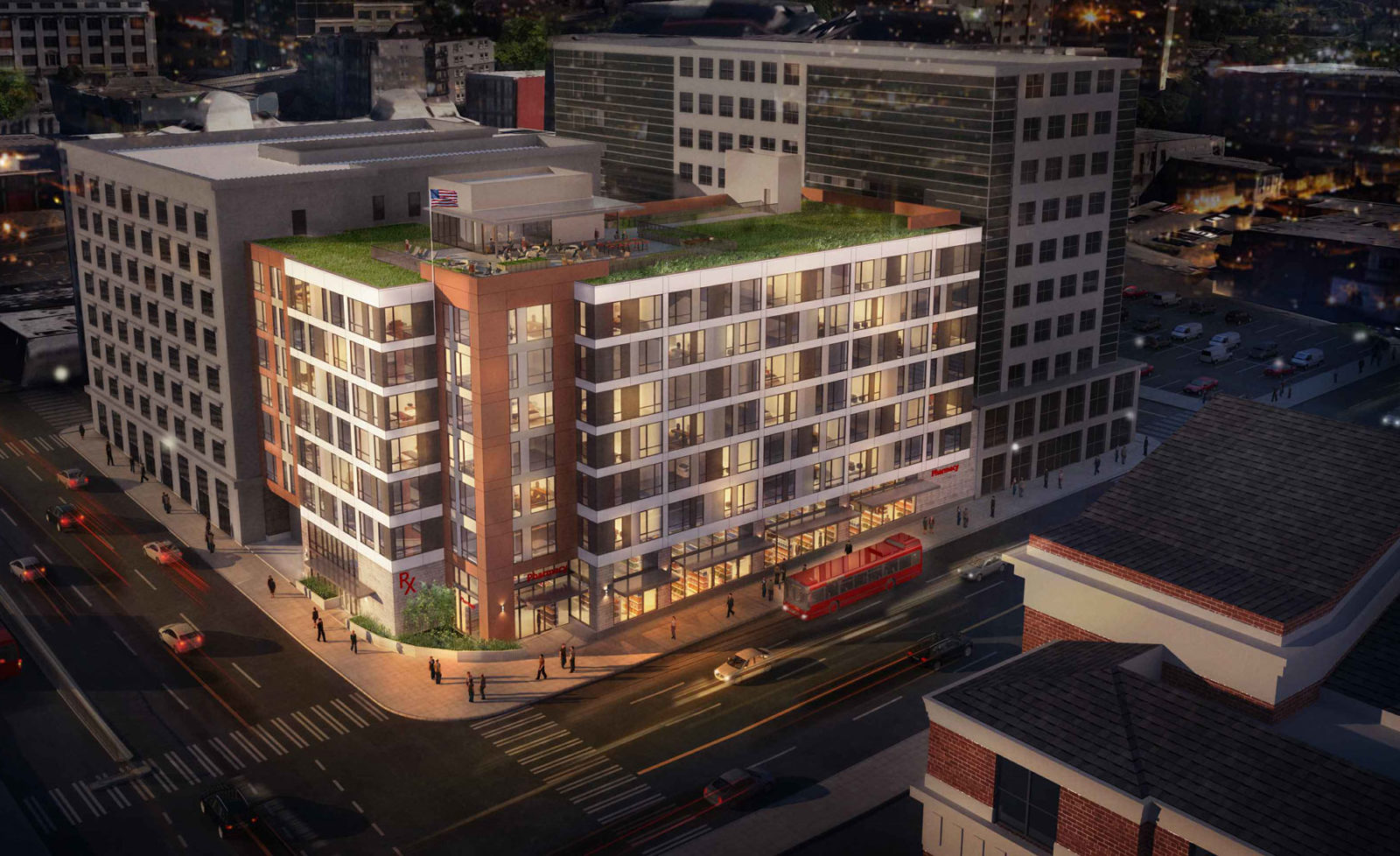 A seven-story, 120-unit apartment building is going up in the Chinatown-International District.

Icon Apartments is at 400 S. Jackson St., on the northeast corner of Fourth Avenue South and South Jackson Street.

Goodman Real Estate is the developer, and Clark Design Group is the architect.

Bartell Drugs will be the sole retail tenant with about 10,000 square feet, and there will be two levels of below-grade parking.

Apartments in the market-rate building will be mainly open-one-bedroom units, with a few one-bedrooms and one two-bedroom. A deck for residents will be on the roof.

One quirk of the project is that it didn’t require city design review or a master use permit. The site is within the footprint of the International Special Review District, whose review board was able to approve the design.

The master use permit for State Environmental Policy Act (SEPA) review was not required, according to the city planning department, since the project did not exceed 250 units and fell under a 2012 rule governing projects in areas such as urban centers.

Goodman acquired the site in 2012, along with the Downtowner, a low-income apartment complex next door, at 308 Fourth Ave. S. The Downtowner has been rehabbed, and is now called Addison on Fourth.

The two buildings will not be connected, according to an architect associated with the project.

Icon Apartments is scheduled to open in June 2016.