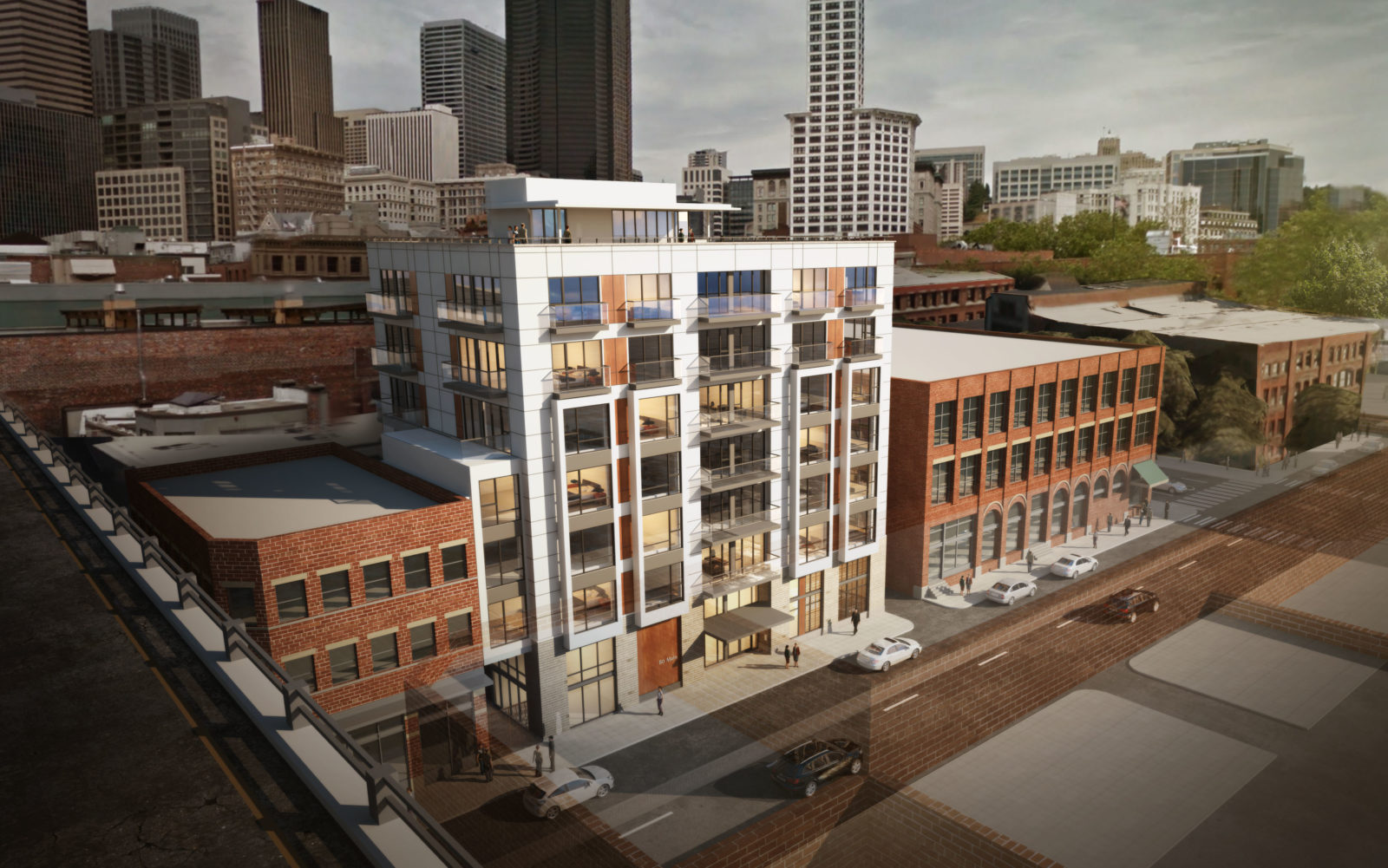 A peek at Goodman’s plans for apartments in Pioneer Square

The Pioneer Square Preservation Board saw renderings of a contemporary design for the 45-unit apartment building Goodman Real Estate wants to build at 80 S. Main St., in the shadow of the Alaskan Way Viaduct.

Details include contemporary colors and materials, such as fiber-cement board siding, vinyl windows, aluminum storefront and ornamental screens.

The ground floor and mezzanine will contain three live-work units, a lobby, storage and a few parking stalls.

Another 42 units are planned on six floors above that, with seven units per floor. Three units will have two bedrooms and two bathrooms, and the rest will be one-bedroom, one-bathroom.

A green roof with a deck and built-in bar will top off the building.

The preservation board is expected to make a decision on the project at its June 4 meeting. Then the project goes to the director of the Seattle Department of Neighborhoods, who has the final say. Any decision can be appealed to the city hearings examiner.

Project designers say construction will start this summer, after building permits are obtained, and take 12 to 14 months.

The project will start by demolishing the Argens Safe and Lock Co. building that has been on the site since 1951. Argens bought the building decades ago after operating across the street since 1880.

Last year Argens sold its assets to Watson Security, which operates in Belltown.